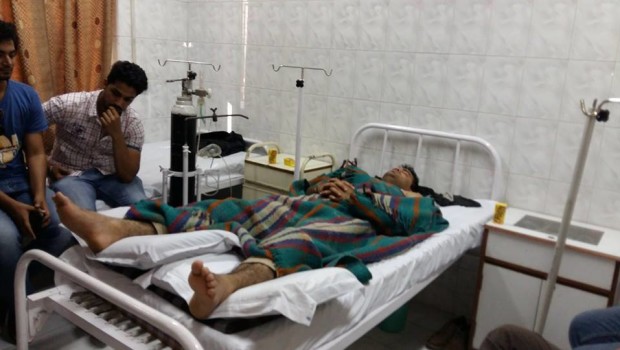 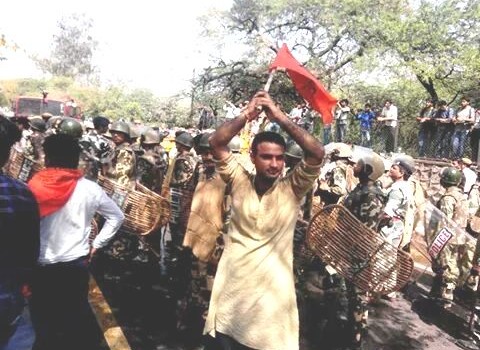 Akhil Bharatiya Vidyarthi Parishad (ABVP) and Delhi University Students’Union (DUSU) on 27th March 2015 held a massive rally against the DU administration on their nine point demand agenda. The ‘DU Bachao Maha-rally‘ attracted more than four thousand students who gathered at the Arts’ Faculty for the same. The gathering was addressed by ABVP functionaries and DUSU office bearers.

ABVP’s National Joint Organizing Secretary, Shri Shriniwas said, “Our universities should be places that encourage constructive thinking in youth and motivate them to work and think for the country. When students are not provided the basic infrastructure and amenities, they should stand up and demand their rights. It is important that the entire systems of universities is over-hauled.” addressing the students.

The students took out the rally from Arts’ Faculty to the VC Office via Daulat Ram College Chowk, Ramjas College and Hindu College. Protestors were seen raising slogans like ‘sabko hostel dena hoga’, ‘special chance shuru karo’ and ‘B.Tech. ke students ke sath nyay karo’. When the protesters reached near the Gate number 1, a barricade broke due to the excessive rush. Saket Bahuguna, Delhi State Secretary (ABVP) said, “The police stopped the protesters from marching inside the VC office and used water canons and batons to stop them. Nine students, including two DUSU office bearers were severely injured and dozens other injured in policelathicharge outside VC Office Gate no 1.”

on the situation at ‘DU Bachao Maha-rally‘, Rohit Chahal, National Secretary (ABVP) said, “We strongly condemn the police action on these students. This university is not the fiefdom of the Vice Chancellor who imposes anti-student policies on students and also uses police as a means to suppress democratic voice of the students. ABVP and DUSU will continue its fight for the required student issues.”

As quoted in the press release by Delhi University Teachers’ Association (DUTA), Nandita Narain (President) says, “The DUTA condemns this high-handed attitude of the DU administration and the Delhi Police who have clearly acted at its behest. This is not the first time that these officials have snubbed the democratically-elected body of students. Their arrogant indifference to democratic appeal and consistent neglect of the norms of civility have aggravated the conditions of unrest among students and teachers of DU.”