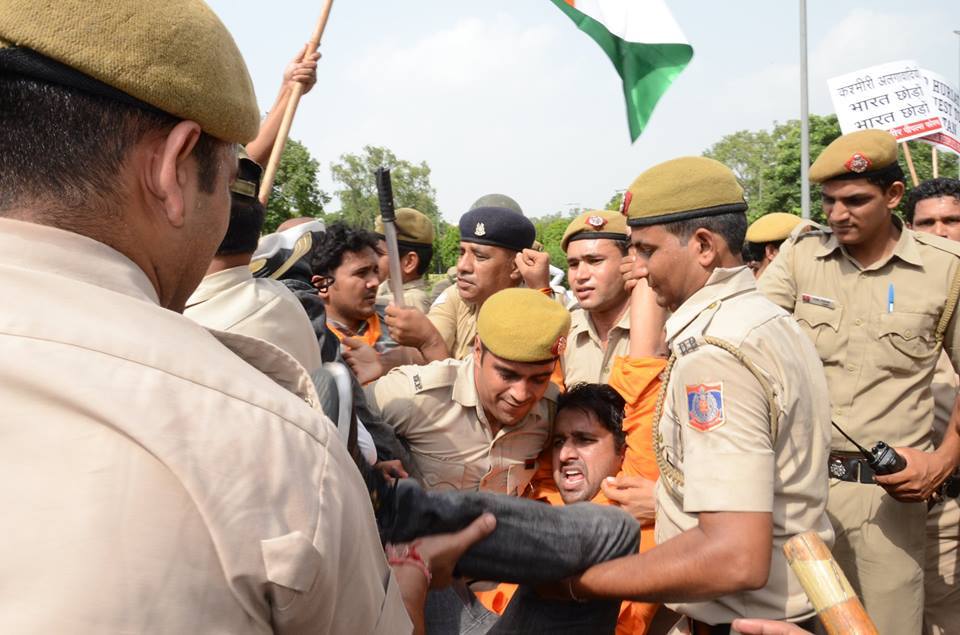 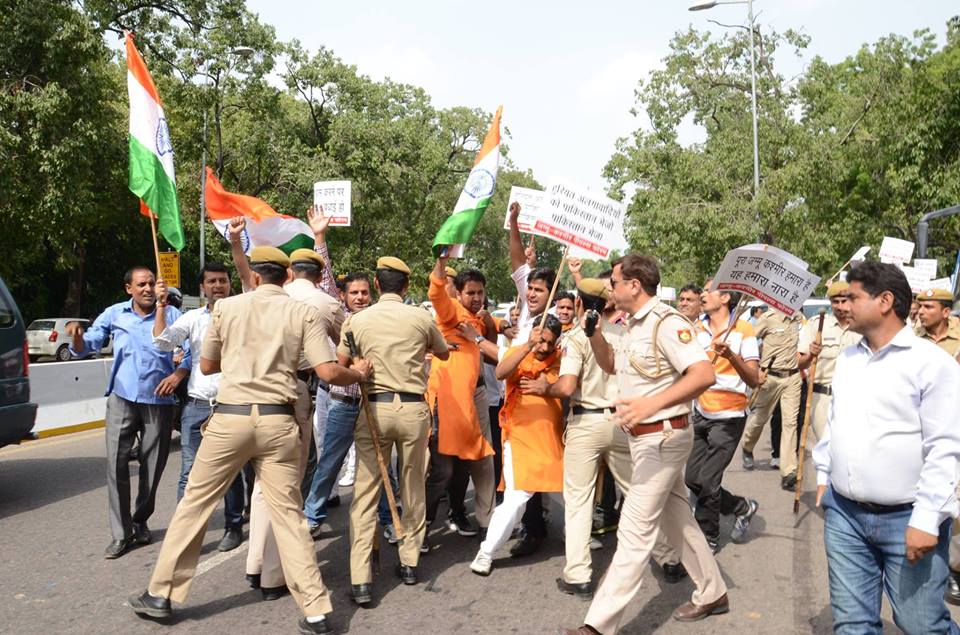 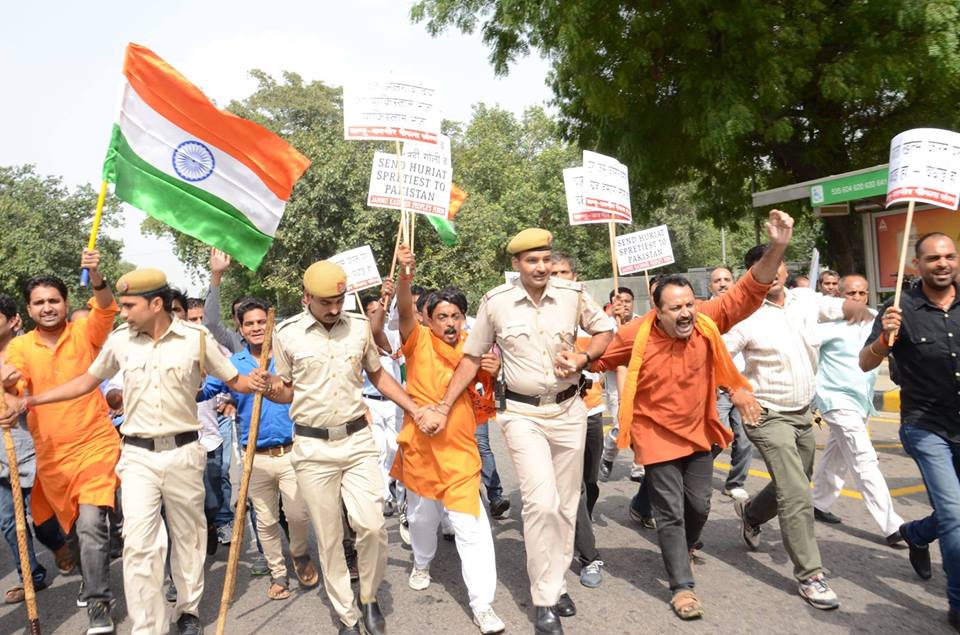 "We have come here to protest against Pakistan High Commissioner's meeting with separatist leaders. ABVP welcomes the decision of India to call off talks with Pakistan. We demand that India should not resume talks unless Pakistan abandons such tactics," Rohit Chahal, National secretary, ABVP, said addressing the protesters and Media . Chahal also said, "ABVP also demands that India should take strict action against separatists leaders who are holding such meetings with Pakistan officials."

As protestors refused to budge from the Pakistan High Commission, police took them to Chanakyapuri Police Station. They were, however, later released.