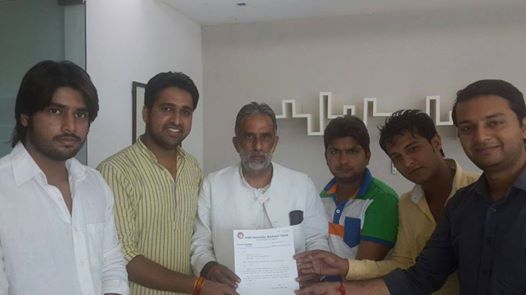 New Delhi: ABVP Delegation, on Monday met Minister of state for Road Transport and Highways, Sri. Krishan Pal Gujjar and demanded more University - Special buses for the students of Delhi University. A five member delegation - led by our National Secretary Rohit Chahal met Gujjar and handed him over a memorandum of demand. The students of Delhi University have been suffering continuously because of the lack of adequate and economical transport facilities in off campus colleges spread across the city," Chahal said. He said there were only two-three buses for U-Special service following which thousands of students were suffering.

The minister has assured the delegation that necessary steps would be taken to resolve the issue.