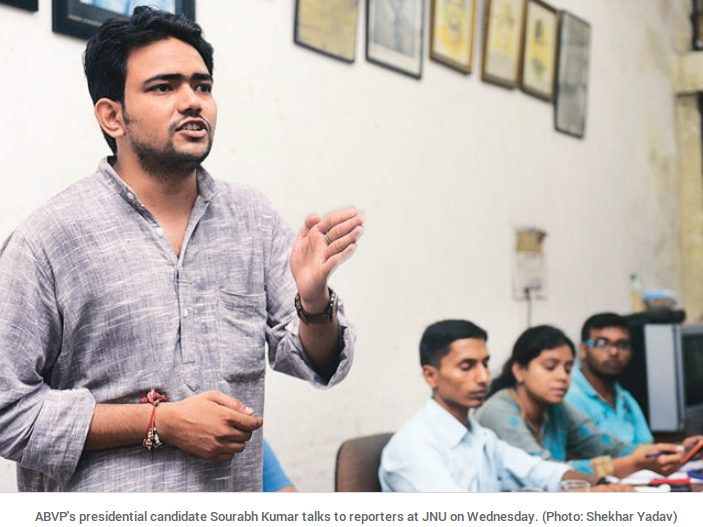 ABVP, which has a stronghold in JNU, With the student union elections days away, various student organisations at Jawaharlal Nehru University (JNU) came out with the final list of their candidates on Wednesday. Interestingly, almost all the parties have outlined women's safety as their agenda for the upcoming polls. This can be seen in the backdrop of an increasing number of crimes against women being reported on the campus.

"Women's safety is the first priority of our organisation, We also want restructuring of the courses and syllabus. It has become outdated. If we come to power, we will fight for it," Sourabh Kumar, presidential candidate of ABVP, said the media.

The student organisation in poll fray this year are  Akhil Bharatiya Vidyarthi Parishad (ABVP), Students Federation of India, the newly formed left alliance of Democratic Students' Federation and All India Students' Federation called the Left Progressive Front (LJF),  and the National Students' Union of India (NSUI). The students will elect president, vice-president, general secretary, joint secretary along with councillors of different schools in the elections scheduled for September 12.