Dr. S.Subbiah (Chennai) and Ashish Chauhan (Mumbai) unanimously re-elected as National President and General Secretary respectively of ABVP, the Premier student organization of the nation for the next consecutive Session 2018-19. This is announced today by election officer Sushree Mamta Yadav at ABVP Central office, Mumbai. The term of both the newly elected office bearers will be for one year. They will take charge of their responsibilities in 64 th National Conference of ABVP scheduled to begin from 27-30 Dec. 2018 at Karnavati (Ahmadabad), Gujrat. Prof. Dr. Subbiah hails from Thoothukudi district in Tamil Nadu. Right from student life, he has been active in student movement. Noted Cancer Specialist Dr Subbiah has done MBBS and further earned his M.S. & M.Ch. in Surgical Oncology and is presently working as Professor & HoD, Department of Surgical Oncology at Kilpauk Medical College, Chennai. He has performed more than 3000 surgeries, published 50 medical paper in National & International Journals and had mentored 50 students in super speciality of Surgical Oncology. He is member of many associations of Surgical Oncology on national level. Inclination for serving society through is true to you from your student age, and had deep interest for development of education and history of Tamil Nadu. He has served in many responsibilities in ABVP since 1986 including Tamil Nadu State President, and is National Vice-President since 2015. He has been re-elected as National President for this session 2018-19. Shri Ashish Chauhan is native to Shimla district of Himachal Pradesh. He has done BSc, BJMC (Journalism) and MBA. He is active in ABVP since 2003. He has been President of Students’ Union of Govt College, Seema, District Convener, University Unit Secretary & President, District Organising Secretary, National Secretary, He Convener of Think India, Mumbai Organising Secretary and Secretary General of India-China Youth Dialogue, he is based in Mumbai. He has effectively led nationalistic thought against left forces on campuses in Himachal Pradesh. He has successfully led many agitations including Private Universities in Himachal, and for last seven years in All India Education Institutes (IITs, IIMs, NLUs etc.) for quality education and students’ issues and in Anti-corruption agitation in 2012, Against NIFT Fee Hike in 2013 also the nationwide agitation for Fellowship Hike in 2014. He has member of Indian Youth Delegation to China under Ministry of Youth Affairs & Sports, Govt of India. Also, he has visited US under Department of State’s Legislative Fellows program 2016. He has spoken and presented papers on Youth, Education and India-China relations. He has been re-elected National General Secretary for this session 2018-19. 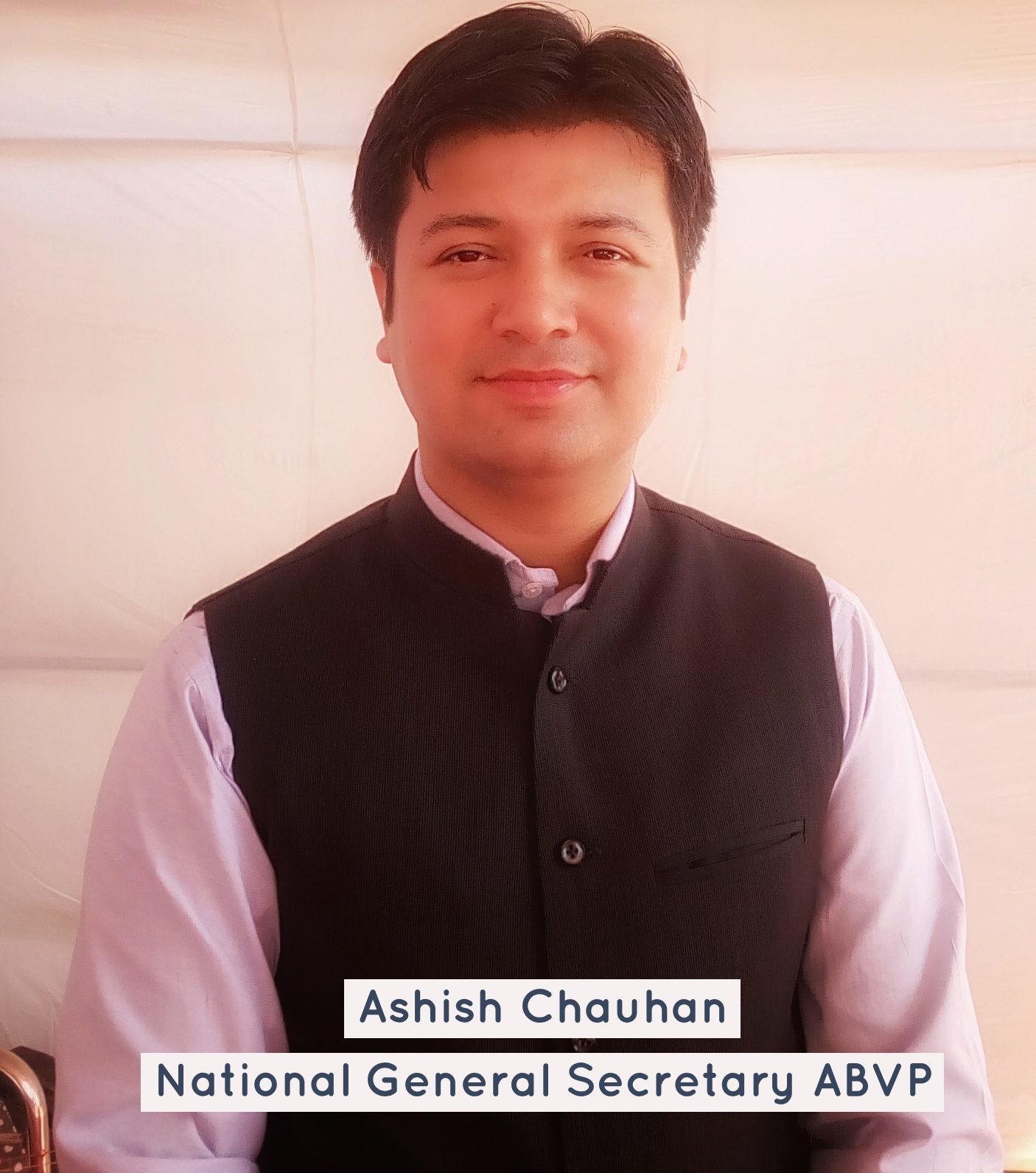